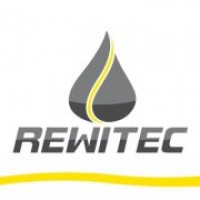 Abrasion and wear in engines, gearboxes, bearings and other mechanical systems are caused by friction between metallic surfaces. Traditionally, the application of lubricants attempts to create a separating film to prevent direct contact between metal surfaces. However, as conventional lubricants are unable to provide long-term protection for metallic surfaces under all operating conditions, REWITEC GmbH developed a product that improves the superficial structure of metallic components subjected to friction on an enduring basis.
The REWITEC coating technology is not based on modifications to the lubricating film, but instead relies on the modification of the superficial structure of components subjected to friction and the formation of a new and extremely smooth silicate layer. This silicate layer possesses excellent emergency running properties in the case of total oil loss and significantly reduces the lubricant and fuel consumption of internal combustion engines. In many cases, even previously damaged metallic surfaces can be reconstructed and sealed.
The coating concentrate is simply added to the original lubricant and is transported by it to the points at which friction occurs. The silicates occupy and fill the smallest holes and cracks in the metallic surfaces and combine with the metal to create and extremely wear-resistant metal-silicate layer. Metal-silicate surfaces created in this manner have not only a much lower friction coefficient, but also enable much better and faster creation of lubricant films.[1]
[1] http://www.nanowerk.com

REWITEC® has a strong team of competent, qualified staff. Comprehensive projects are processed and delivered with a high degree of reliability and commitment. The team at the company focuses on the latest technologies and is constantly up to date with its versatile know-how. REWITEC® is the official Gold Sponsor of the handball team HSG Wetzlar. The Bundesliga team, which has now firmly established itself in the men's DKB-Bundesliga, originated from the two original clubs TSV Dutenhofen and TV Münchholzhausen. Since the late 90s, the HSG has been playing in the 1st handball league, the so-called strongest league in the world, and can now also book its place in the European Cup final.

Wear and abrasion of engines, gears, bearings and various mobile mechanical systems are caused by solid contacts of metal surfaces. Traditionally lubricants are being used to generate an oil coating, which helps avoiding direct contact of metal surfaces. If this doesn’t work the grinding parts are affected.
REWITEC has succeeded to develop a nanocoating technology which is able to protect grinding metal surfaces permanently from wear and abrasion, if a disjunctive lubricating film can not be built. REWITEC nanocoating offers protection for combustion engines, gear boxes, compressors and all kinds of bearings, even under extreme conditions.
REWITEC nanocoating doesn’t change the coating features of the lubricant, but it modifies the surface structure of grinding metal parts.
The effectiveness of the product is based on a zoning of metal grinding partners. This reaction layer improves the natural wear and tear of metal surfaces.
The active ingredient contains various silicates.
These smooth solids produce a chemical reaction due to high partial pressure and temperatures while being in touch with the lubricated machine element (for instance combustion engine or industrial gear).
The silicate atoms of the active ingredient conjoin with metal atoms of the metal surface and compose the so-called “metal silicates”. This metal silicate layer features more favourable abrasion and wear qualities than bare metal grinding partners.
As a result of zoning the grinding level decreases and further wear is reduced.
For that reason even worn and affected surfaces are reconditioned and sealed due to REWITEC nanocoating.[2]
[2] http://www.rewitec.com